My reviews of Rewired: The Post-Cyberpunk Anthology continue with “Lobsters,” a story by Charles Stross that was originally published in Asimov’s Science Fiction in 2001.

As is the case with all stories that delve into that terrifying landscape of the technological singularity, this tale is chock-full of future shock.  Manfred Macx is an American entrepreneur who specializes in coming up with ideas, getting instant patents on those ideas, and then giving them away to other people to get rich off, all while maintaining his own comfortable existence as a wanderer.

This story finds him in the Netherlands, where he makes contact with a group of enhanced Russian lobsters who want to escape their human handlers and make a new home for themselves as uploads to some bandwidth node in space. Manfred’s optimistic relations with them are contrasted with his ex-fiancee, Pamela, who works for the IRS and is determined to hound him about all the taxes he owes the government and the children he owes her.

This story is disorienting in a good way.  It shows just how fast everything can be in a globally connected world (both commercially and electronically) and how hard-pressed governments, businesses, and individuals can be in trying to keep up with all the changes.  Manfred highlights this every time he walks outside.  His augmented reality glasses let him send and respond to instant messages and file his patents in the blink of an eye, but he’s also vulnerable to a never-ending cascade of predatory spambots and distracting website visitors.  In short, he gets all the good and bad things about the World Wide Web without having to actually sit down in front of a computer like we in the present day do.

While Manfred is portrayed sympathetically and his ex-fiancee Pamela less so, I have to admit that their relationship embodies a good theme about accelerating social and technological change.  Manfred is the radical point of view, obsessed with the future and the endless possibilities, always thinking ten to twenty years ahead.  Pamela, meanwhile, is the conservative counterpoint, asking who’s going to pay for all the marvels to come and who will look out for the people negatively affected by all this change (the elderly, the unemployed, etc.).  Pamela also cares about having a family of her own, thinking about the future in a more concrete way than Manfred’s vision of uploaded minds and converting planets into computer-processing fuel.

All in all, “Lobsters” is a great introduction to the possibilities of an emerging Singularity, warts and all.  Stross knows twenty-first century computer jargon like the back of his hand, so while seeing terms like “public-key steganography” and “open source software” might be daunting, he weaves that language in a hip and engaging story about a man trying to define himself and redefine the world around him.

For those interested in reading more about Manfred Macx and the singularity that Charles Stross envisions, I’d recommend picking up the six-part story collection Accelerando, which I reviewed last year.

This site uses Akismet to reduce spam. Learn how your comment data is processed.

Buy My New Book, Sawyer and Sharp, on Amazon Today 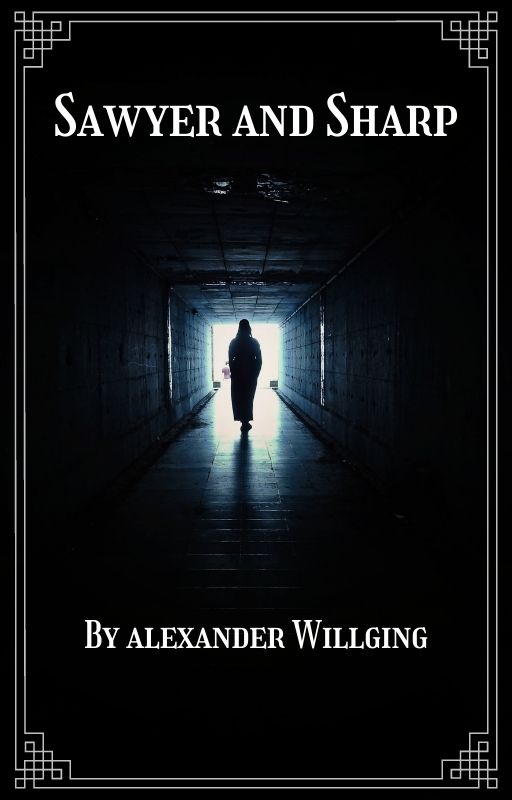